You are here: Home / Slots / Jimi Hendrix
Site of the month!

*18+ New Players Only. T&C's Apply. BeGambleAwareVISIT
Offer of the month!

Play For Real At Virgin Games 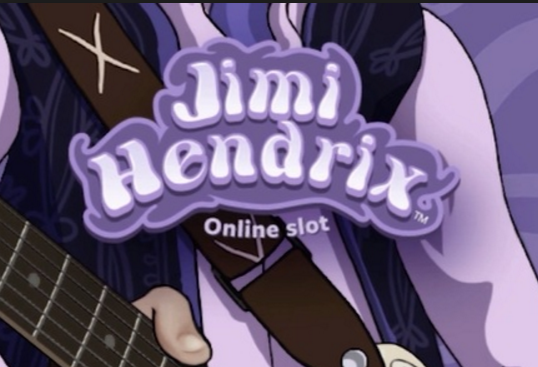 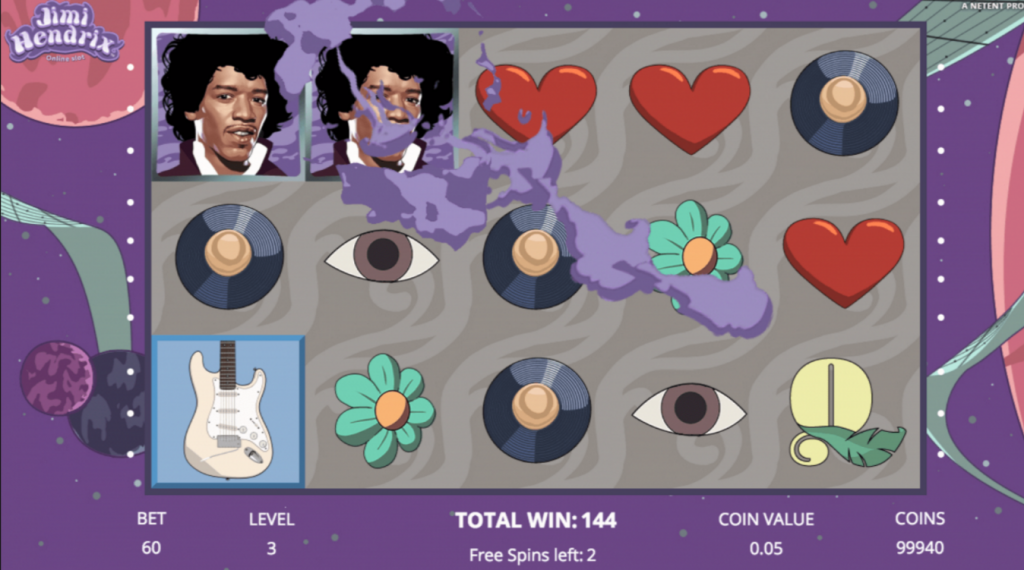 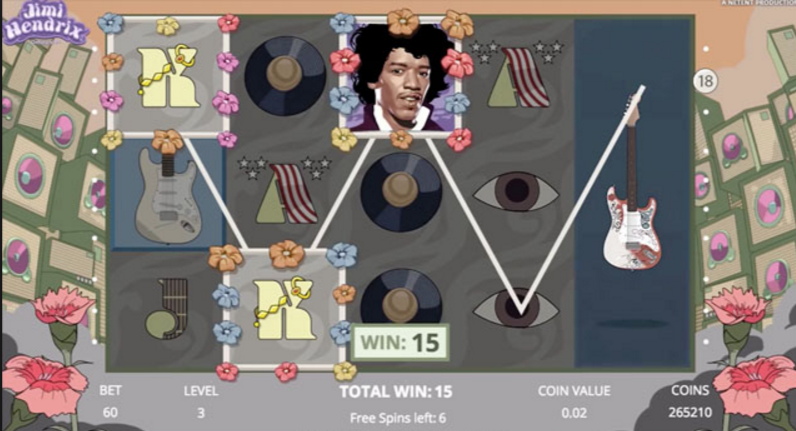 Unless you’ve been living under a rock for 2016, you will be aware that NetEnt are celebrating their 20th anniversary with the NetEnt Rocks Trilogy, which started with the astounding Guns ‘n’ Roses slot earlier this year and is due to conclude with Motorhead in September.

We are now at phase two of this three slot revolution, and it puts us in the heart of the flower power era with the psychedelic design of the Jimi Hendrix slot.

Including some of the rock icon’s most popular songs including Purple Haze and Little Wing, this slot may well have the best soundtrack of all time, but the treats don’t stop there!

Jimi Hendrix is a five-reel, 20 payline slot game with a plethora of different bonus features. There are two in the main game, the Red Guitar Re-spins feature and the Purple Haze feature, both of which can lead to nice wins, but it is within the Pick and Click feature that the real profits can be made!

In this feature, you will click on loudspeakers that will reveal one of four symbols, once you have collected three of any of these symbols, you will trigger one of the four features.

These features are Coin Win, which will offer you between eight and thirty times your stake, and three different free spins features, Crosstown Traffic, Purple Haze, and Little Wing, each has different treats for players that can build up to a lot of money.

There have been a number of successful new releases from NetEnt this year including Aloha! Cluster Pays and Drive: Multiplier Mayhem, but it is the NetEnt Rocks Trilogy that has caused the most fuss, and based on the beauty, awesome soundtracks, and amazing gameplay of the first two, it’s no surprise!

Virgin Games features more games than most other casinos, you'll find games from software providers such as Microgaming, IGT, CryptoLogic, Ash Gaming and OpenBet. Progressives such as MegaJackpots Monopoly.

New online casino from Brightnet, a Romanian company, this is an all singing, all dancing site with plenty on offer for everyone. Lots of slots, casino games and live casino on offer with 24/7 customer support. Loyalty scheme available for new and established players earning cool bonuses and offers.

NOT ACCEPTING UK PLAYERS. Sign up for a 400% first deposit bonus up to 800Euros with code TR400

PLAY NOW
Stay on top with the latest offers!

 3
We use cookies to ensure that we give you the best experience on our website. If you continue to use this site we will assume that you are happy with it.OkPrivacy policy